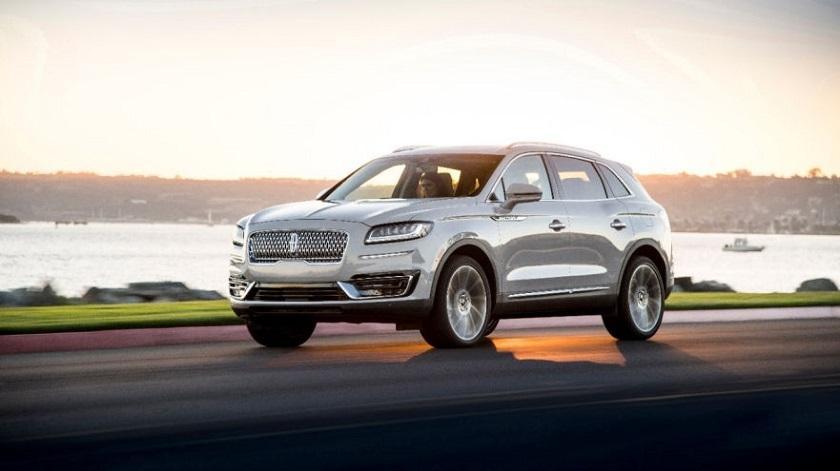 In some ways the 2019 Lincoln Nautilus is an all-new midsize premium crossover seating up to five people, and in some ways it isn’t. Yes, it's very much a two-row luxury midsize crossover, but it still shares much of its underpinnings with the Lincoln MKX it replaces. But regardless of how all-new it is or isn’t, the new model certainly has a cooler name than ever, that's for sure. Anyway, let's take a look at what the Nautilus is all about.

Even though Lincoln models share their platforms of other less premium vehicles, you have to hand it to the brand for coming up with designs that couldn’t be anything other than a Lincoln. Ok, the silhouette of the Lincoln Nautilus may be similar to any number of rivals, but the front fascia really couldn’t be from any other brand in the world. That distinctive front fascia looks to share its headlights with the Lincoln Continental, but here on the Lincoln Nautilus they seem to fit even better. Overall, the exterior is handsome and full of style and quality and is impossible to confuse from the mass-market midsize crossover it shares so much with.

The naturally aspirated 3.7-liter V-6 from last year's Lincoln MKX has been discarded by the new Lincoln Nautilus, and in its place comes in a 2.0-liter turbo-four that can also be found in the Lincoln MKC. This turbocharged four-cylinder is certainly powerful enough in this application as it develops a more than useful 245 horsepower and 280 lb.-ft. of torque. But if more power is desirable for you then there's also the sensational 2.7-liter twin-turbo V-6 that puts an impressive 335 horsepower and 380 lb.-ft. of torque. Whichever engine suits your needs, both come mated to an eight-speed automatic transmission and stop-start technology is also standard.

As buyers would rightly expect from a luxury crossover, the Lincon Nautilus comes extremely well equipped as standard. The luxury kit includes a concealed wireless charging pad, a large center touch screen working as a portal to the Sync 3 infotainment system with Apple CarPlay and Android Auto compatibility. The system allows the operation of audio audio, phone, navigation and more either from the screen or steering wheel-mounted controls, and the leather-wrapped, hand-stitched steering wheel is mounted ahead of a 12.3-inch fully configurable digital instrument cluster.

The 2019 Lincoln Nautilus is going to heavily feature the very latest active safety equipment and features, such as a lane-centering feature combining adaptive cruise control with stop-and-go functionality to help maintain the vehicle’s position in its lane through radar and cameras. Another Lincoln debut found here is evasive steer assist, which once again uses radar and cameras, but this time to analyze the gap between slower-moving and stationary vehicles on the road ahead to reduce the possibility of a rear-end collision.

And for those looking for a unique and more personalized experience, Lincoln as a great selection of new and or pre-owned vehicles to choose from at South Bay Lincoln.

For more details about the 2019 Lincoln Nautilus and to be at the front of the line for a test drive, don’t hesitate to get in touch with us here at South Bay Lincoln.